Gone are the days of beards being associated with older family members or geography teachers with pasty crumbs lurking in their whiskers.

Here are the days of beards being seen as a sign of sexy masculinity, where betterwithabeard.com exists and where Kings of Leon are considered better in the Molly's Chambers video than the one for Sex on Fire (well, maybe that's a step too far).

The world has basically gone facial hair crazy and we say 'Carry on the madness, we heart beards!'

But, how do you feel about them? Do Diamond girls go bonkers for beards or would you rather a clean-shaven gent?

We asked the men of Diamond (and some Diamond friends) to share snaps of their beardy and non-beardy faces so you can decide which is best. Let us know your verdicts, tweet @DiamondForGirls.

Without the beard, this fella has the look of any Saturday night Jack-the-lad. He's probably off for a couple of drinks in his local with his football mates, followed by a pizza on his way home which he'll eat while watching Match of the Day.

With the beard he's like a mystery wrapped inside an enigma. Who knows what this lad'll be getting up to; he's got a glint in his eye and a grin which says he's up for a good time. With the beard, this bloke is winning at life, Diamond says keep it!

Fantastically fuzzy or short and sweet?

Girls, we've all been there, seen a look on a celeb or one of our edgier mates and thought 'yes, I could definitely rock that look', then you see the photos afterwards and realise that no, in fact, you definitely could not. For this Diamond girl, with an unforgiving round face, it was a jet-black bob/fringe combo, for this guy it's black and red streaks.

Add a full beard and an intricately styled moustache and he becomes rather appealing, we imagine he's in a band and probably only drinks real ale. The next round's on us (providing you play us a song!)

Hot with a hint of hair or better bare?

Look at that jaw line! Seriously, look at it and those teeth, we are pretty darn jealous of those model looks. The smooth cheeks and slightly bouffant hair, however, do leave him looking a little baby faced for our liking.

Thankfully, add a beard and a stylish haircut and he could be an international football star, or a soulful musician. Even with the beard that jaw line can still be seen. Definitely better with a beard. 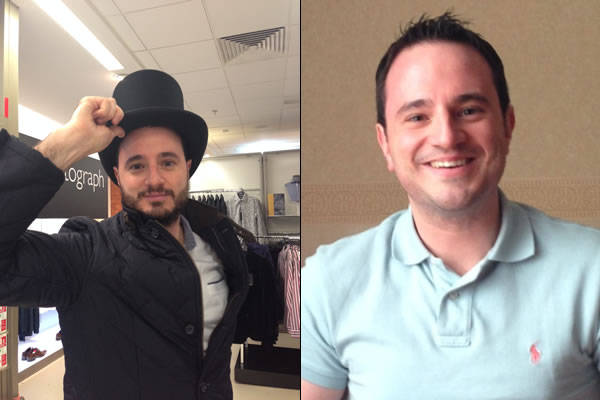 This gent looks like a cheeky chappy, he's got a sparkle in his eye and a smile on his face. Even in his beard-free photo his face isn't quite super-smooth, there's a definite sign of stubble, which we at Diamond think is a good thing, too smooth and he could end up a bit baby faced.

Throw a beard on there and he develops a rugged edge, we're not sure if the top hat went with the outfit or if he was just trying it on, but it kind of works. In this case though, we're saying ditch the beard and stick to the stubble. 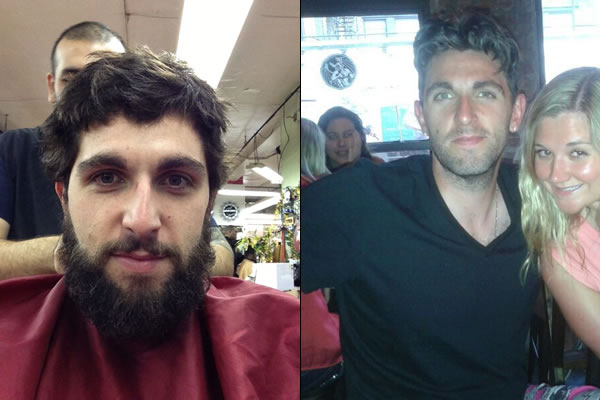 Last, but by no means least, is this guy. A bloke who clearly has no problem keeping his cheeks warm in the winter, a man who shows up the rest of the office when taking part in Movember and who could probably store pencils in his fantastic, facial forestry.

Lose that beard, style that hair and what do you end up with? A stylish looking guy who wouldn't look out of place in Barcelona FC's starting 11.

So, is beard always best? We think yes, for men-folk the beard adds a bit of mystery, an air of danger and some rugged energy. Be it big and bushy or close-shaven stubble, we dig the facial fuzz.

Boys, if you want to grow a beard of your own, our top-tip is to avoid letting it grow too wild and free, keep it trimmed and neat. Check out our beard gallery and let us know what you think.