USA versus UK, who takes the crown?

Hollywood has done a wonderful job of portraying America as the glossier, sunnier, cheerier cousin of the UK. They gave the world Gossip Girl and 90210, we gave it The Inbetweeners and Eastenders. Beautiful, shiny haired actresses on one side of the pond, Jay and co on the other.

But is that a fair representation of us Brits? How do we really stack up against our American counterparts? We've done some digging and found we're not too different underneath it all, judge for yourselves.

From Ace of Cakes to Man v Food, American foodie TV shows have taken the UK by storm, but does that mean they're better than us at great grub?

This is the country that brought the world McDonalds after all. It may be a worldwide phenomenon but it's hardly the kind of gourmet cuisine served up by Tom Kerridge at the Hand and Flowers. Then again the UK's responsible for haggis, faggots and jellied eels, so maybe we shouldn't throw stones.

Look at all the great food we've got from the good ol' US of A, fried chicken and corn bread, Chicago deep pan pizza, Philly cheese steaks, Maryland crab cakes. The fact is, American's will put effort into making even simple comfort food taste delicious.

Winner: Tough call, but for the variety, it has to be America

Maybe too difficult to judge, America really does have it all. Look at New York for example, the seasons are clearly defined, snow and freezing temperatures in the winter and blazing sunshine and heat in the summer.

Being a pretty big place the weather is vastly different from place to place compared to the UK which tends to be fairly similar all over. Of course, there are certain parts of the UK which are known to be warmer, cooler or rainier than the rest, but overall the UK's weather is pretty samey throughout.

This is a difficult one to judge but ultimately we made our decision based on the beautiful foliage we have as a result of our unreliable, but generally seasonal, weather. It might be great to have unfailing sunshine in LA, but in the UK our countryside remains a lush green (without relying on sprinklers) and having a few sunny days really feels like a treat.

Winner: Surprisingly, if only for our love of a surprise sunny day, UK

Now this is a biggie as musical genius hails from both sides of the pond. On the one side you've got soul, hip hop and jazz, on the other Britpop, punk and folk.

We really are torn on the music front but when you look at how America has chosen to embrace bands like The Beatles and even One Direction, it's clear we've won them over too.

Winner: Very close but Beatlemania tipped it in the UK's favour

British filmmakers have made some unforgettable cinema; lists of top 100 British films are filled with classics we've all seen at some point. Some of our favourites include: Zulu, Four Weddings and a Funeral, Dracula, Gregory's Girl, Harry Potter, Great Expectations, Lawrence of Arabia and Trainspotting.

America has Hollywood, home of cinema and all the glitz and glamour of showbiz. Hollywood made actors stars, the Oscars are known the world over. America brought films like Up, The Godfather, Juno, King Kong and The Hangover to our attention.

The success of the cinematic medium is largely down to the filmmaking behemoth that is Hollywood, and as great as Britain is, we still have a long way to go before we catch-up with our American counterparts. Winner: And the award for best filmmaker goes to...America 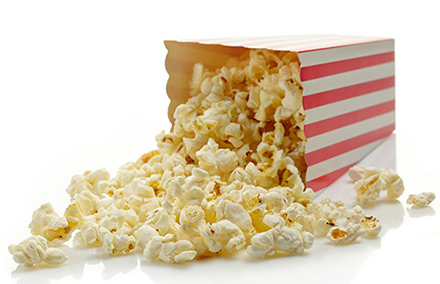 So there you have it folks, two apiece, it's a tie but let's be honest we've barely scratched the surface here. We could compare landmarks, people, TV shows, sports, so we'll leave that up to you, let us know which you think is best , tweet @DiamondforGirls with your choice.