Mouth-watering meals minus the calories

There's a chill in the air and it's dark by 5pm; the thought of putting on your running shoes and eating a salad for dinner probably leaves you feeling colder than the freezing drizzle that soaked you on your way to work.

It's hard to think about that bikini bod when summer is fading into a hazy memory, but sadly keeping up the hard work throughout winter is the only way to ensure you'll be beach-ready all year long.

So, what can you eat to fill you up and keep you warm, without over indulging? 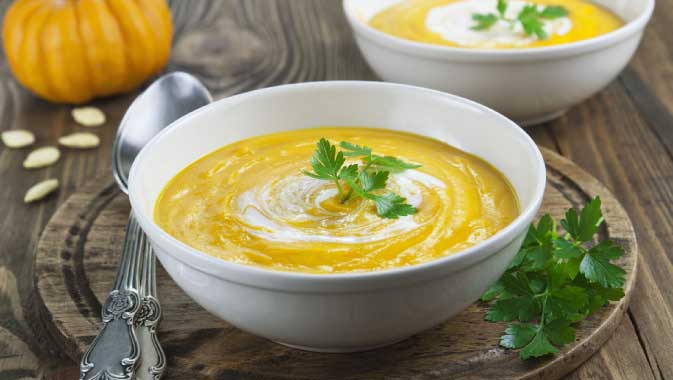 Soup is a great alternative to salad at this time of year, it's warming, it's good for you and, even better, it's really cheap to make.

BBC GoodFood's Thai pumpkin soup is delicious and each serving has only 192 calories. Use take-away containers to portion it up. Freeze the leftovers and have it for lunch later in the week. 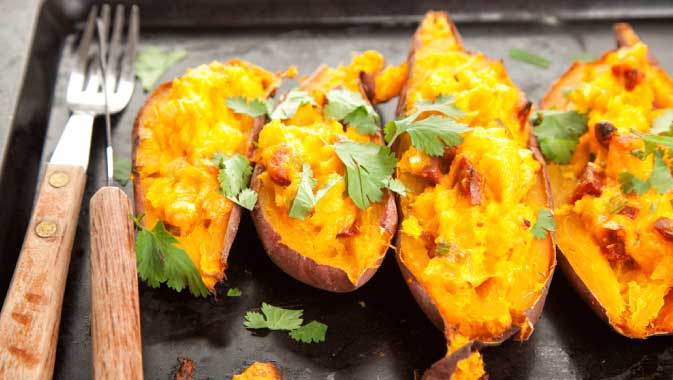 So, we're sure you know how to make a jacket potato yourself, but if you're anything like us, you're probably getting bored of tuna mayo!

Swap your regular white potato for a sweet potato. Trust us, opening your lunch box to find the beautiful, bright orange veg inside will brighten even the darkest winter day. 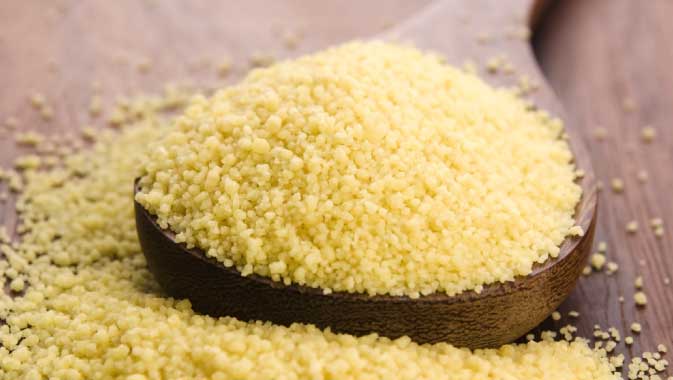 Couscous often gets a bad rep but that's generally due to under-seasoning or adding too much water when preparing it.

It's worth learning how to prepare couscous properly as it makes the perfect addition to a warm salad this winter. This dish from The Guardian has plenty of heat and tonnes of flavour.