Diamond's favourite men to 'watch' at the World Cup

The 2014 FIFA World Cup Brazil will kick off on Thursday 12th June with the home nation set to take on Croatia.

In what seems like the blink of an eye, four years have passed since the world last united in the name of football, and the time has come for us to do it again.

Now for some of you this'll be great news, there'll be plenty of Diamond Girls out there eager to see if England can get past the group stages, whether Spain can do it again or just to see some of the world's most talented footballers in one place. For the rest of you, it'll either be total ambivalence to the whole thing or pure unadulterated loathing of Gary Lineker's face by day three.

If you do fall into the latter group then we're providing you with one way to cope with your living room being invaded by the beautiful game, and that's by introducing you to some of its beautiful players.

It's not all about looks (but they do help) so we've picked six of our faves from the world of football and provided you with a picture, as well as some great facts about them, so you can get involved in the chat. 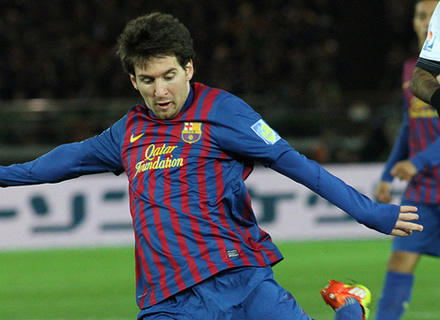 Lionel Messi 13 by Themeplus under CC

Who? FC Barcelona's goal scoring machine, Messi in an Argentinean international and you will hear his name A LOT.

Facts: By the age of 24 Messi became Barcelona's all time top goal scorer in all official club competitions and by 25, he became the youngest player to score 200 goals in La Liga (The Spanish football league) matches.

He was signed by current club Barcelona at the age of 11, they then paid for his treatment after he was diagnosed with a growth hormone deficiency, on the proviso he moved to Spain and enrolled in the club's youth academy.

Love him because: He set up the Leo Messi foundation, a charity that supports vulnerable children and provides them with access to education and healthcare. He also donated €600,000 for the refurbishment of the children's hospital in his hometown in Argentina. What a legend! 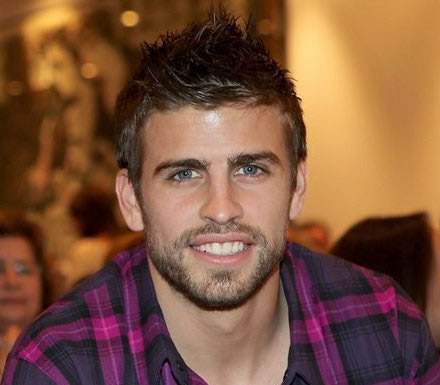 Who? Another of FC Barcelona's biggest names and singer Shakira's other half, Piqué will be hoping to relive his success of 2010 with current world champions Spain.

Facts: 27-year-old Piqué started out his footballing career with teammate Messi at Barcelona's youth academy before setting his sights on our shores and signing with Manchester United in 2004.

After four years at the club, including a season long loan spell with Spanish club Real Zaragoza, Piqué returned to his boyhood club Barcelona. He is one of only four players to have won the UEFA Champions League two years in a row with two different teams, a pretty big deal for footie buffs.

He's 6ft 4ins tall and in case you end up having a chat about him, he plays centre-back and has scored four goals in 57 appearances for Spain.

Love him because: Well have you seen him? He's 6ft 4ins, he's dark, he's handsome and pictures of him holding his and Shakira's little baby boy Milan are just heart-meltingly lovely.

Who? You'd have to have been living under a rock not to have heard of Cristiano Ronaldo, one of the most divisive players on our list and one of Portugal's greatest talents. The 29-year-old former Manchester United player has featured on just as many gossip pages as sports pages and is as well known for his actions off the pitch as on.

Facts: The son of a cook and a gardener, Ronaldo grew up in a devoutly Catholic family and focussed all his energies on football after being expelled from school at the age of 14.

Ronaldo is the second most expensive footballer in history, after teammate Gareth Bale, he was sold to Real Madrid from Manchester United in 2009 for £80 million, yes, you read that right, EIGHTY MILLION POUNDS!

Basically, what this man doesn't know about football ain't worth knowing!

Love him because: You're probably used to reading reasons to hate Cristiano Ronaldo, he can look a little bit arrogant on times, but believe us there are just as many reasons to love him, his enviable six-pack being one.

The others include donating £100, 000 to the hospital which treated his mum for cancer, giving €1.5 million to fund schools for children in Gaza, funding pioneering treatment for a nine-year-old boy with cancer, the list of Ronaldo's charity work goes on and gone. Just lovely. 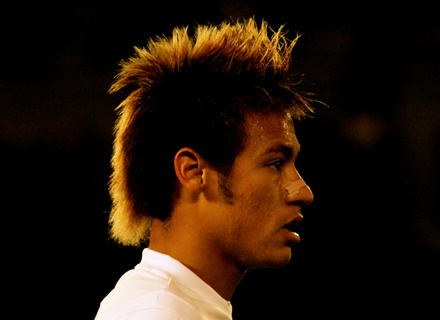 Who? The youngest player on our list, Neymar is one of Brazil's hottest new stars. The 22-year-old Brazilian won the 2011 and 2012 South American Footballer of the Year award. He's little and quick and some of the greats of Brazilian football have described him as one of the best in the world.

In his first season as a professional player Neymar scored 14 goals in 48 games, which isn't half bad for a 19-year-old, the following year he scored 42 in 60, even better.

His dad was also a football player and acts as his advisor on all things money and football, an area that may have landed them in hot water lately as questions are being asked over the official transfer fee paid for Neymar when he moved to FC Barcelona last year.

Love him because: He reportedly described the birth of his baby as "2.8 kilograms of pure happiness," which is very sweet.

He is very vocal about kicking racism out of sport. After teammate Dani Alves suffered racial abuse at a Barcelona game, with a fan throwing a banana at him (which he promptly unpeeled and ate), Neymar posted a picture of him and his little son eating a banana on Twitter with the hashtag #weareallmonkeys. 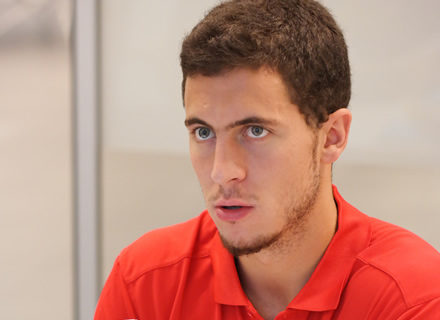 Who? The real 'muscles from Brussels' (well La Louviére, but that's close enough) Belgian boy Hazard is one of Belgium's most popular exports if you're a Chelsea fan. At just 23 he has been playing professional football since 2005 and moved from French side Lille to Chelsea in 2012.

Facts: Both of Hazard's parents played professional football, his father at a semi-professional level in the Belgian Second Division and his mother was a striker in the Belgian Women's First Division. Basically, football was always on the cards for this fella.

He was crowned Young Player of the Year in both 2009 and 2010 while playing for Lille and has already earned over 40 caps for Belgium.

He's scored five goals in 42 appearances for Belgium and, according to ESPN, Chelsea manager José Mourinho said, after Lionel Messi and Cristiano Ronaldo, Hazard is "probably the best young player in the world".

Love him because: If you're a Diamond girl who happens to be a fan of muscley legs then Eden Hazard is the man for you, so if you do get dragged into watching Belgium v Algeria you'll have a focal point.

He has also said his decision to move clubs would ultimately come down to whether his wife wanted him to. A considerate footballer, that's what we like to see.

Who? You didn't think we'd miss out the English talent did you? Daniel Welbeck (more often called Danny) is Manchester born and bred and was picked up by Manchester United's youth Academy at the age of 11, he was called up to the senior squad in 2008.

At only 23 he has played 139 games for Manchester United and scored 29 goals for the club.

Facts: Welbeck's parents are Ghanaian but it was in the UK he was born and brought up. Rumour has it the Ghanaian FA tried to sign him up before he played for England, but he decided to stick with the country he calls home.

His first appearance for England's senior squad came in a game against his parent's home nation with the game ending in a one all draw.

When playing at youth level a 14-year-old Welbeck made his Under 16 debut in a Victory Shield match against Wales, this boy is pretty darn talented.

According to the Daily Mail, Welbeck secured 9 GCSE A-C grade before leaving school, which is brilliant news if you're looking for a footballer to hold a conversation with.

Love him because: Welbeck's favourite food is apparently Nando's but, as he's shy about eating in public, he prefers a takeaway. Who wouldn't fancy sharing the sofa and a takeaway with Mr Welbeck?