Road trippin' - your guide to driving in Europe 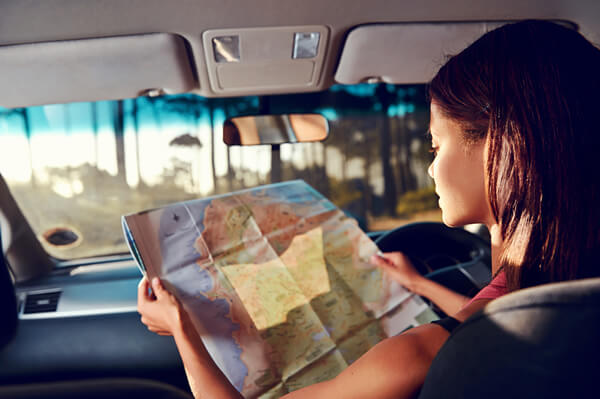 Whether you spend all your summers travelling around Europe on four wheels or you're hoping to embark on your first continental road trip, our handy guide has everything you need to know about safe driving abroad.

Making a claim can seem like the end of the world and being away from home can often make things seem worse than they are which is why we asked our Claims team to share their essential tips.

Read these 3 tips along with this handy guide to Driving in Europe from our friends at Admiral, to prepare for your next big adventure.

Driving when you're abroad has just as much, if not more, risk associated with it as driving in the UK, which means no matter how often you do it, things can go wrong.

According to our Claims team, being rear ended, lane-change collisions and theft from vehicles are some of the most common claims to happen to policyholders while they are abroad.

They also mentioned one unforgettable claim involving a policyholder driving in Slovakia who unfortunately hit a wild boar that ran from the woods into the road.

The policyholder's car was badly damaged and the policyholder was understandably shocked. After gaining his composure he got out of the car to check the damage and came face-to-face with a very angry, snarling boar and had to lock himself in his car and call for help.

Luckily, all were okay and run-ins with wild boars are pretty rare but if you do find yourself in need of assistance while driving in Europe just call our Claims team on 0333 220 2037.

Will you be embarking on a road trip this summer? Let us know where you're off by tweeting @Diamondforgirls, posting to our Facebook page or share snaps of your trip on Instagram.