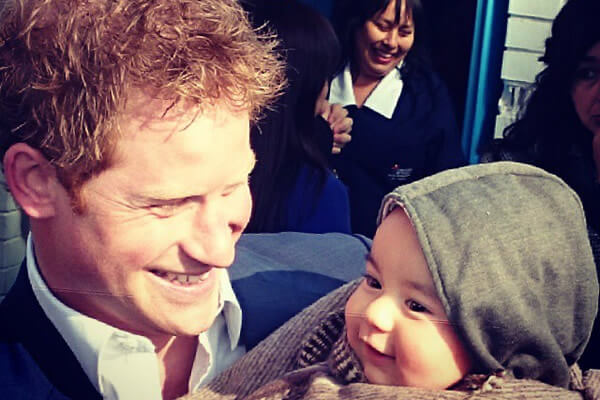 Whether you're a royalist or not, news of a new heir to the British throne can't have passed you by - the tabloids haven't exactly kept quiet about it.

Love them or loathe them, young royals tend to be in the public eye quite a lot so it's pretty easy to pick favourites.

While we can only imagine the new arrival will win the award for most adorable royal, it does mean Prince Harry will be bumped down to fifth in line to the throne and Harry is definitely our favourite.

It's hard not to love Harry's cheeky chappy ways - of all the royals he's the one we'd most like to hit the town with.

Here are the rest of our top 9 royals from around the globe. Is your favourite on the list? Let us know by tweeting @DiamondForGirls or posting to our Facebook page.